Indonesia to lift ban on Telegram message service over security 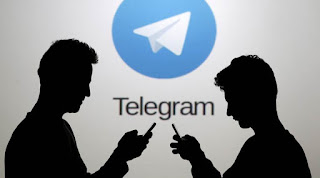 Systems(DNS) for its web-based service on July 14, saying it had several forums that were “full of radical and terrorist propaganda”. These will be reopened this week according to Communications Minister

Indonesia and encrypted messaging service Telegram have agreed to establish better procedures to stamp out distribution of terrorist propaganda on the platform, the app’s founder and the communications minister said on Tuesday.
Indonesia, home to the world’s largest Muslim population, has seen a resurgence in home-grown radicalism, and worries about the growing influence of extremist group Islamic State. Telegram is a messaging platform believed to be popular with Islamic State sympathizers, who use chatrooms with hundreds of members, besides holding private conversations. Indonesian authorities blocked access to some Telegram channels last month, saying it had several forums that were “full of radical and terrorist propaganda”.
“We have discussed ways to block publicly available propaganda of terrorism on Telegram, which is something we have committed to do globally, and particularly in Indonesia,” app founder Pavel Durov told a joint news conference with the minister. Durov said the two had agreed to set up better lines of communication, because Telegram was not aware of email requests from the ministry to take down some channels.
It could take about 24 to 36 hours for the app to shut down public channels with terrorism content, but a direct communication line to Indonesian authorities would allow it to “shut them down more efficiently within several hours”, he said. Durov has formed a team of Indonesian speakers, he added.
Once a standard operating procedure has been agreed, the government would free up operations of Telegram in Indonesia, said Communications Minister Rudiantara. “Once all the technicalities are done, we can remove the blockage,” added the minister, who uses one name, like many Indonesians.
Indonesia had blocked 11 of Telegram’s Domain Name Systems(DNS) for its web-based service on July 14 and these would be reopened this week, the ministry said in a statement. Many messaging apps, such as Whatsapp and Telegram, offer end-to-end encryption from sender to recipient, which blocks even the companies providing the platform from seeing messages.
Security officials in some countries have complained that such apps provide a safe space for militants to communicate with each other. Several governments, including those of Australia and Britain, have urged technology companies to do more to help security agencies thwart threats.