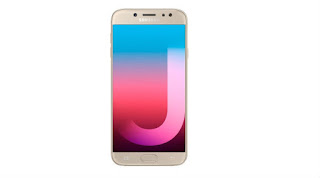 Samsung Galaxy J7 Pro is now available for purchase in India. The smartphone is currently priced at Rs 20,990 through the company’s e-store. Samsung Galaxy J7 Pro was launched last month, alongside the Galaxy J7 Max.
Speaking of the specifications, Samsung Galaxy J7 Pro features a 5.5-inch Super AMOLED display with a resolution of 1920 x 1080 pixels. It is powered by a 1.6GHz octa-core Exynos processor, paired with 3GB RAM and 64GB internal storage, which can be further expanded up to 256GB via a microSD card slot. On the camera front, it sports a 13-megapixel rear camera with f1.7 aperture and LED flash. The front camera is 13-megapixel with f1.9 aperture with LED flash. The smartphone is backed by a 3600mAh battery, which should last a day on a single charge. The phone runs Android 7.0 Nougat out of the box. Connectivity options include dual-SIM, 4G VoLTE, microUSB, Bluetooth, and GPS with A-GPS.
Galaxy J7 Pro also supports Samsung Pay Mini , making it one of the first mid-end smartphones to feature the recently launched mobile payment service. Samsung Pay uses both NFC and MST (magnetic secure transmission) to make wireless payments. Samsung Pay works with UPI, and Paytm. The South Korean company has recently announced that its mobile payment service now supports SBI debit cards as well.
Meanwhile, Samsung retained the top position in the Indian smartphone market with a market share of 25 per cent in the second quarter of 2017. That’s according to latest figures from market research firm Canalys.
READ  Shadow Fight 2 Special Edition Mod Apk

We all need a good charger in daily life because in now days mobile charger is basic need and we...