The Love of Fantasy Cricket in Today’s Day and Age 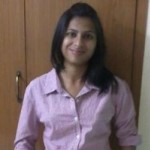 Fantasy cricket is one of the most popular gaming platforms in India and it has become phenomena over the last few years. During the lockdown period 2020, Fantasy cricket witnessed an enormous increase in the number of users playing the game. Since then, numbers have continued to flourish. Since cricket is the most popular game in India, Fantasy cricket too witnessed a growing popularity among Indian cricket enthusiasts. Cricket has grown rapidly and tremendously in the segment of Fantasy Sports.

Fantasy cricket is a platform for every cricket enthusiast to pick a team of 11 players and earn exciting cash prizes and rewards by defeating the opponent in the contest or league. Moreover, you can demonstrate your skills and knowledge about the sport while playing fantasy cricket. Fantasy cricket is a game of skill as it requires a lot of mental application while applying tactics. However, Fantasy cricket is one of the favourite games played in India. It is played as a form of entertainment in order to strike boredom. The users enjoy playing the game as it will get them involved in a match. Over the last few years, people are hooked on playing fantasy cricket. There are main reasons why the users and followers of the sport enjoy playing Fantasy Cricket.

When you play fantasy cricket, you will have stiff competition from your opponents in order to top the league or contest. However, at the same time, you will enjoy the competition as it will provide you with immense joy when you actually play fantasy cricket. Moreover, the people defeating each other in the game give the pleasure. There could be hundreds of contests and leagues in fantasy cricket, but participating and competing in it will be exhilarating. People backing their contest or fantasy cricket league and expecting them to win every match is exhilaration that every user or player has while playing the game.

When you play fantasy cricket, everything is in your control. It gives one important power that is to create your team of 11 players. You have freedom to pick your team and play them in fantasy cricket. Moreover, you have the chance to choose the players based on their performances and have higher chances of scoring and taking wickets which in turn will help you win more points in a contest or league. Importantly, pick your players in your team based on their performances in recent outings rather than looking at overall stats. When you make your team, you will feel that you are the coach of the team.

The 56 records set by Messi. Here they are all in one list