Hey friends, recently due to supreme court orders all the ISP’s like Airtel, MTNL, BSNL, Reliance has blocked the torrent websites like torrentz, pirate bay, h33t etc.. in India from 6th May 2012 onwards. But on 20th May reliance ISP has unblocked the torrent websites but other ISP’s still blocking the torrent websites. Good news for reliance users but other ISP’s still s**ks. So friends, today i am going to teach how to unblock torrent websites in India specially on AIRTEL, MTNL and BSNL broadband services. Lets learn… so first lets learn what is torrent and what & how ISP’s block websites etc? Then easy ways to bypass the noobish stuff.. Tell Mr. Sibal won’t gonna work against the young Indian cyber generation (because we don’t belong to his generation, we are next generation hackers and techies). 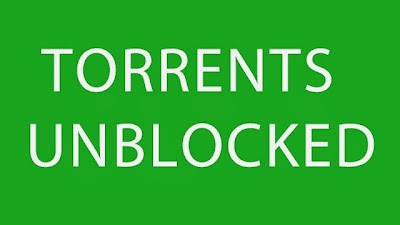 Most of us regularly use torrents to download stuff like movies, songs, tv shows, software’s..aha.. simply everything that can be downloaded online but have you ever try to understood what is torrent? How it works? What are seeds and Peers? Oops never… From now onwards you will able to understand what are all these terms.
Torrent is basically strong and fast-moving stream of data ( normally used in context of water stream). Technically torrent file is file which signifies to some specific content say movie etc.., it uses peer to peer sharing protocol (P2P) that enables users to send and receive files in small pieces to and from computers across the Internet. Because of the distributed nature of Peer to Peer sharing( usually computer networks behavior which are peered i.e. connected together), small pieces of the files are downloaded and then reassembled by the software(torrent client that you use say utorrent etc.).

How does torrents work?

Torrent downloading/Uploading begins and ends at large network servers known as trackers. Your torrent program, known as a client, connects to these servers using a list found in the original torrent file. Trackers have a list of all users connected to them and which files they’re able to seed. Your client picks from these users and downloads data from them accordingly. Upon connecting to a tracker, it registers your computer and the files that you are able to seed. Trackers also keep logs of your share ratio( i.e. how much your computer uploads, measured against how much your computer downloads) and determine the amount of bandwidth you receive, based on that ratio.

How does ISP blocks any websites?

All ISP’s provide default DNS (domain name servers) which is the used to translate the domain name into an IP address. So most ISP’s block the websites at DNS level which is really noobish because if user change their DNS then he can unblock the websites blocked by DNS. And we are far smarter than normal users and thanks to IPV4 and IPV6 because we can change our DNS server whenever we want.

How to unblock torrents in INDIA specially on AIRTEL, MTNL, BSNL etc?

There are actually several methods to unblock torrents:
1.Use HTTPS instead of HTTP: As ISP’s have only blocked HTTP web version of websites, you can directly access all torrent websites using HTTPS instead of HTTP.
So open websites like: https://torrentz.eu
https://piratebay.se
Just accept the SSL certificate and it will work for you.

Norton DNS: Protects you from phishing websites.
Go to your network connection then select status and then click on properties below the Activity there select the IPV4 and click on properties. There at below you see  ” use the following DNS name” there fill the primary DNS and alternate DNS servers. Apply it and enjoy the torrents… 😛
3. Use TOR browser bundle : Using TOR you can bypass anything anywhere in the world and also it will hide your traces by protecting the privacy.
You can download TOR here:
DOWNLOAD
4. Use proxies : Not a good option but you can use that also, just keep one thing in mind while using proxies that you need to unclick the encrypt URL option in proxy setting, otherwise you will end up downloading a encrypted torrent file and offcourse its waste. So always unclick Encrypt URL while using torrents.
5. Use VPN: A free VPN can also come to your rescue. All you need to do is download and install a free VPN client. After this, all the URL requests of the blocked websites can be easily bypassed through it. Among several others, providers such as freevpn, supervpn and vpnreactor give you such free service.

How to Avoid Crashing Your Drone – a helpful and informative guide about the things that you need to do to avoid crashing your drone.